One more milestone has been fulfilled on the way to achieve the desired positive public health impact from zero open defecation, with the inclusion of Isshawripur Union as an Open Defecation Free (ODF) union.


A total of 9 Unions (out of 19) have been successfully declared as Open Defecation Free Unions up till now.

Funded by UNICEF, ASWA-II (CATS-II) is a project jointly being executed by Government of Bangladesh and CARE Bangladesh. The overall objective of this project is to achieve the desired positive public health impact from zero open defecation, use of improved sanitation facilities, safe hygiene behavior and ensuring safety sustainability of safe water through arsenic-safe union and water safety communities’ declaration. 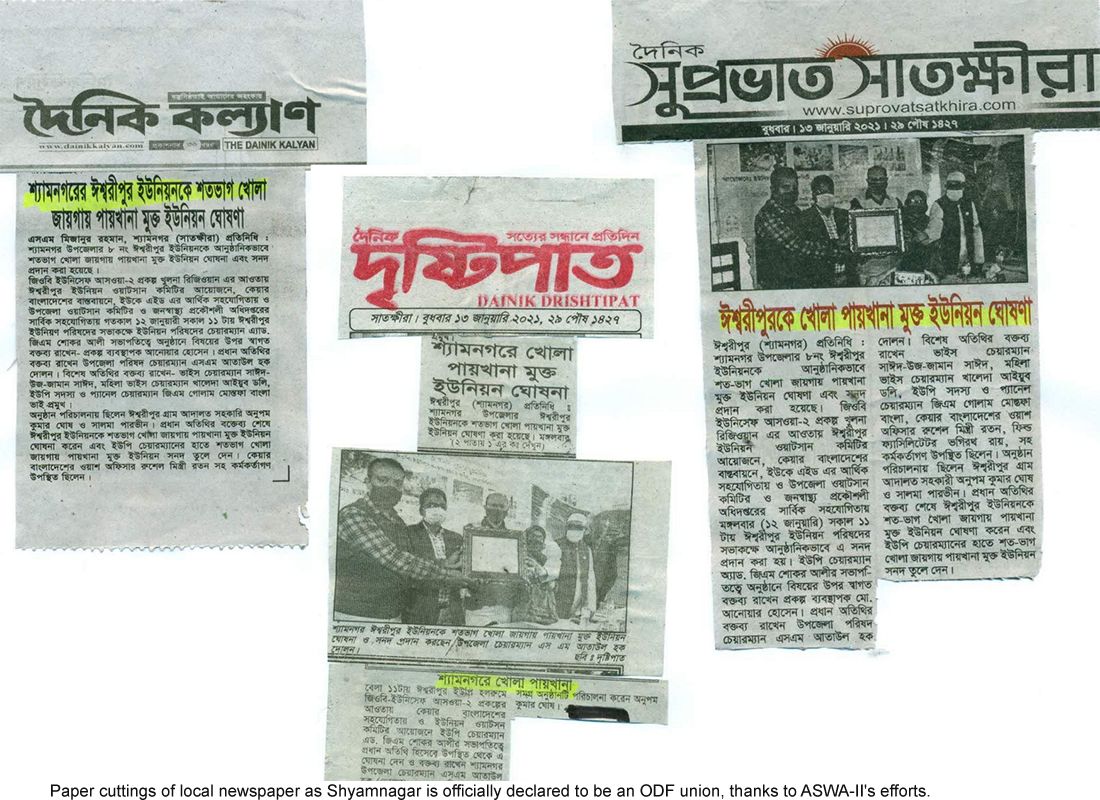